Marie reports here on our blog about travel, adventure and weddings. 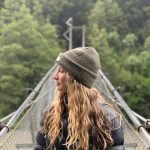 Visit Mount Ruapehu by bus to enjoy the snow

Mount Ruapehu is New Zealand’s premier Ski and Snowboarding destination on the North Island of the country. The mountain is an active volcano and part of the extensive geothermal region that includes the resort town of Taupo which lies just to the north. Hire a bus from Taupo to get to the snow.  This is one of the few places in the world where you can ski amid such spectacular surroundings. There are three ski resorts located on the mountain. These are Whakapapa, Turoa and Tukino. These Ski resorts are all part of the Tongoriro National Park. Whakapapa is the largest of the three resorts. The resort has plenty of ski lifts and ski hire facilities as you would expect and the volcanic terrain provides many challenges including natural half pipes and the like.

Turoa is really popular with snowboarders and since joining with Whakapapa the two resorts combined are now the largest in New Zealand. There is a ski school with ski hire facilities available on the mountain. Turoa boasts the largest vertical drop in Australasia. The south-facing slope known as the Giant gets plenty of dry powder snow making it an ideal destination for skiers and snowboarders of all abilities to practise their skills. Tukino is a club operated field that does not attract huge crowds. Ski school and hire facilities are available and there is a volunteer ski patrol.

While you are arranging your skiing holiday in New Zealand don’t forget to visit some of this countries other attractions on your bus. To the north lies Auckland and Lake Taupo, to the east lies the wine-growing region of Hawkes Bay, to the west lies the picturesque New Plymouth and the awesome city of Wellington to the south. You should include a visit to each of these regions during your stay here.